The Founder of GMKA Trains Ukrainian Surgeons in Lung Transplantation 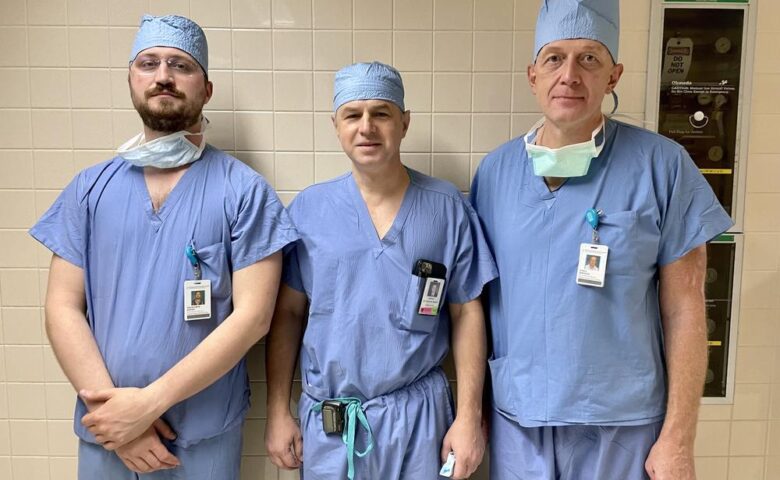 A group of Ukrainian doctors started an intensive course on heart and lung transplantation in the United States of America under the leadership of Dr. Serhii Melnitchouk, a cardiac surgeon at Massachusetts General Hospital (Boston, USA), and the founder of GMKA. This internship will last three months, allowing 13 medical specialists from Ukraine including anesthesiologists, thoracic surgeons, and cardiac surgeons, to take part in it.

This is reported by GMKA with reference to National Public Radio.

“Russian military aggression against Ukraine complicates the training of Ukrainian specialists, particularly in the healthcare field. Therefore, from the first days of the full-scale invasion, we have been working to help Ukrainian doctors and grant them unhindered access to specialized knowledge and skills. The course on lung transplantation is an important component of these efforts,” said Dr. Serhii Melnitchouk.

Director General of the Directorate of High-tech Medical Care and Innovation of the Ministry of Health of Ukraine, Vasyl Strilka, believes that the training of Ukrainian lung transplantation specialists will be key to the further development of the organ transplantation field in Ukraine.

“Following the beginning of a full-scale war, it has become virtually impossible to send patients abroad for lung transplantation, as the cost of each such case is $150,000. Therefore, the opening of a lung transplantation center in Ukraine may be the only opportunity for patients to receive highly specialized medical care,” said Vasyl Strilka.

Following the completion of their training surgeons Vasyl Sokolov and Volodymyr Voytko, who became participants of the course in the USA will return to Ukraine together with their colleagues, where they will be able to form a dedicated medical team to perform lung transplantation according to modern world standards.

“Lung transplantation and transplantology, in general, is a team sport,” shared Dr. Vitaly Sokolov, referring to the team of doctors and nurses who help the patient during the long stretch of postoperative treatment.

According to Dr. Melnitchouk, lungs are among the most difficult cases in transplantology due to the extensive vascular structure and the high risk of postoperative rejection by the immune system.

“I am extremely grateful that due to my own experience I can help my country,” said the founder of GMKA, who is originally from Ukraine.