Cholangiocarcinomas (CCA) are a heterogenous group of rare malignancies that arise from the biliary tract epithelium. CCA subtypes, which include intrahepatic cholangiocarcinoma (iCCA), perihilar cholangiocarcinoma (pCCA), and distal cholangiocarcinoma (dCCA), have distinct anatomic, biologic, and molecular characteristics. iCCAs arise proximal to the second order bile ducts. These aggressive malignancies are characterized by early nodal involvement and most patients present with locally advanced or metastatic disease. Complete surgical resection with microscopically negative margins remains the only opportunity for long-term survival. However, most patients recur despite curative intent surgery. Furthermore, few effective systemic therapies exist. As a result, median overall survival remains poor as only 10% of all patients diagnosed with iCCA survive to five years. The development and implementation of effective perioperative systemic therapies will be critical to improve long-term outcomes for patients with iCCA. In this chapter, we review the presentation, diagnostic evaluation, and management of patients with iCCA.

iCCAs currently account for 10-15% of liver tumors, making it the second most common primary hepatobiliary cancer worldwide. The incidence of iCCA has been increasing globally over the last thirty years.[1] While most cases of iCCA are sporadic, several risk factors for iCCA have been identified. These include parasitic infections (e.g. O. viverrini or C. sinensis), biliary tract disorders (e.g. hepatolithiasis, primary sclerosing cholangitis, or choledochocysts), chronic liver diseases (e.g. hepatitis B or C, cirrhosis of any cause), and carcinogen exposure (e.g. Thorostat or nitrosamines).[1]

Furthermore, the development and implementation of next-generation sequencing techniques has contributed to an improved understanding of the molecular carcinogenesis of iCCA. Whole genome wide sequencing analyses demonstrate potentially actionable mutations in up to 70% of patients with iCCA.[2]

Unlike pCCA and dPCCA that commonly present with biliary obstruction symptoms such as jaundice, pruritus, dark urine, and clay-colored stools, iCCA most commonly presents with an intrahepatic mass as an incidental finding on cross-sectional imaging or during screening for patients with cirrhosis. Patient-reported symptoms are generally non-specific and can include abdominal pain, nausea, weight loss, or malaise, symptoms often ignored by patients leading to a delay in diagnosis. The diagnosis is suspected on cross-sectional imaging and confirmed through histological assessment. Characteristic imaging features of iCCA include an arterially enhancing lesion on magnetic resonance imaging (MRI) or computed tomography (CT) without significant washout on venous or delayed phases.

Liver function tests and the tumor marker Cancer Antigen (CA) 19-9 can inform treatment decisions. Percutaneous biopsy is typically indicated due to the absence of radiographic features specific to iCCA and the inability to rule out other hepatobiliary malignancies. Classification of iCCA based on gross morphologic features demonstrate mass forming, periductal infiltrating, or intraductal growth patterns.

Patients with suspected iCCA require a comprehensive preoperative evaluation to assess their candidacy for surgery; this should include assessment along physiologic, oncologic, and technical domains. Physiologic resectability refers to the patient’s ability to safely tolerate complex liver surgery. Severe co-morbidities, poor functional status, inadequate nutrition, or underlying liver disease may indicate that a patient will not tolerate a major hepatectomy. Patients with jaundice or other obstructive symptoms should receive biliary drainage.

Oncologic resectability refers to an assessment of the patient’s tumor biology and the potential benefit that surgical resection will provide.

The following factors determine oncologic resectability: the presence of extrahepatic disease, specific histopathologic features, degree of tumor marker elevation, response to previous therapies when received, and, increasingly, the molecular features of the tumor. Assessment of oncologic resectability requires complete staging with cross-sectional imaging of the chest, abdomen, and pelvis including multi-phasic thin-cut images through the liver. Significant radiographic features of the primary tumor include macrovascular invasion, multifocality, and size. While peritoneal disease can be challenging to detect on cross-sectional imaging, omental nodularity or ascites should raise clinical suspicion. Lymphadenopathy on preoperative imaging portends a worse prognosis and may represent an indication for systemic therapy; however, it does not currently represent an absolute contraindication to resection if within the anticipated resection field.

Portal vein embolization (PVE) should be considered for patients with an inadequate FLR by volumetric analysis. PVE preferentially diverts portal blood flow to the FLR, stimulating growth and typically results in a 30-40% hypertrophic response.[4]

With the advent of high-quality cross-sectional imaging, the utility of staging laparoscopy remains controversial. Patients considered at high risk for occult metastatic disease, such as those with a high CA-19-9, large primary tumor, or suspicious lymphadenopathy, may avoid an unnecessary laparotomy if peritoneal metastases are identified. Laparoscopy can be performed as a separate staging procedure or immediately prior to planned surgical resection. In a large prospective evaluation of staging laparoscopy including 291 patients with hepatobiliary malignancies, occult metastatic disease was detected in 84 patients (29%).[5]

Curative intent surgery for iCCA should aim for resection with negative margins and a porta hepatis lymphadenectomy. The need for major hepatectomy should be anticipated based on the preoperative size, location, subtype, and number of tumors. Intraoperative ultrasound is used to define the borders of the tumor, identify satellite nodules, and localize important biliary and vascular structures. Currently, the decision to pursue an anatomic or non-anatomic hepatectomy is based on surgeon comfort as insufficient data exists to support one approach over the other if margins are negative.

Minimally invasive approaches are increasingly being used in the management of benign and malignant liver lesions with apparent improvements in postoperative pain control, length of hospital stay, overall recovery, and similar oncologic outcomes compared to open hepatectomy in well-selected patients.[6] However, minimally invasives approaches are associated with a lower likelihood of achieving an adequate lymphadenectomy. Randomized controlled trials are needed to fully evaluate the efficacy and oncologic safety of minimally invasive approaches.

Although “cross-over” drainage does occur, left-sided tumors tend to drain to the gastrohepatic ligament and lesser curvature of the stomach while tumors of the right liver tend to drain to the hepatoduodenal ligament and retropancreatic lymph nodes.[9] To assure adequate lymph node harvest, a complete systematic lymphadenectomy is recommended for all patients with iCCA.[10] However, evidence of lymph node involvement beyond the primary nodal basins, such as celiac or para-aortic lymph nodes, should be considered a contraindication to curative intent hepatic resection in most patients, as this represents metastatic disease.

Due to aggressive tumor biology and advanced disease at presentation, iCCA frequently involves vascular structures at diagnosis. A multi-institutional analysis of 1,087 patients with iCCA found that 12% of cases required a major vascular resection at the time of hepatectomy, most commonly the portal vein or inferior vena cava.[11] In the study, perioperative morbidity, overall survival, and recurrence-free survival rates were comparable between study groups. These results suggest that well-selected patients treated at experienced centers may safely undergo major vascular resection and reconstruction to achieve negative margins.

Systemic therapy is the recommended initial treatment for patients with advanced unresectable or metastatic cancers involving the biliary tract (i.e., bile ducts and gallbladder). Based on the randomized controlled ABC-02 trial, cisplatin-gemcitabine has traditionally been the preferred first-line regimen for all biliary tract cancers (BTCs).[15]

The study demonstrated a significant improvement in median overall survival in patients that received cisplatin (25 mg per square meter of body-surface area) followed by gemcitabine (1000 mg per square meter), each administered on days 1 and 8, every 3 weeks for eight cycles. In the safety analysis, adverse events were similar between study groups with only neutropenia occurring more frequently in the cisplatin-gemcitabine group. However, neutropenia-associated infections were not significantly different. More recently, the TOPAZ-1 randomized controlled trial found improved survival outcomes with the addition of durvalumab to gemcitabine-cisplatin. For patients with disease progression on first-line therapy, the phase 3 randomized controlled trial ABC-06 established FOLFOX as the preferred second-line chemotherapy regimen.[16] Gemcitabine-oxaliplatin, gemcitabine-nabpaclitaxel, gemcitabine-S1, or fluorouracil, leucovorin, and oxaliplatin are all alternative options.

However, the BILCAP trial, a multicenter, randomized controlled phase 3 study, compared 6 months of oral capecitabine (1250 mg/m2 twice daily on days 1-14 of a 21-day cycle, for eight cycles) to observation following surgical resection of BTCs and demonstrated a significant improvement in median overall survival for patients receiving adjuvant chemotherapy.[20] Of note, the difference in survival was not significant in the intention-to-treat analysis, but only the prespecified per-protocol analysis. Finally, the ACTICCA-1 trial, a multi-center phase III trial randomizing patients to adjuvant gemcitabine and cisplatin versus observation (since changed to capecitabine after publication of the BILCAP results) after resection of BTC, is ongoing and will provide further clarification on the role of adjuvant chemotherapy.[21]

Given the substantial locoregional recurrence rates observed among patients undergoing resection of iCCA, the use of adjuvant radiation therapy also has been proposed, particularly for those with high-risk features such as R1 resection margins, major vascular involvement, or lymph node positivity. Prospective data are lacking, but retrospective institutional data suggest radiation may be associated with a reduced risk of local recurrence.[22,23]

While the routine use of neoadjuvant therapy in resectable BTCs has not been established, neoadjuvant therapy may provide benefit for patients with locally advanced disease to downstage the tumor. Additionally, primary tumor characteristics concerning for aggressive biology, such as vascular invasion and suspicious lymph nodes, may make immediate surgical resection suboptimal. In these situations, neoadjuvant therapy prioritizes systemic therapy first, ensuring appropriate patient selection for major liver surgery. Most multidisciplinary teams administer combination gemcitabine-platinum therapy, extrapolating data from randomized controlled trials of patients with metastatic BTC, as the optimal neoadjuvant therapy has not been defined[24].

Intra-arterial therapies such as TACE, Y-90 radioembolization, and hepatic arterial infusion (HAI) have been evaluated in patients with unresectable iCCA. These treatments demonstrate partial or complete radiographic response rates of 20-25% and improvements in survival[26].

For example, Rayar et al reported a series of 45 patients with unresectable iCCA treated with a combination of Y-90 radioembolization plus systemic chemotherapy and demonstrated good results including conversion to resectability in 8 patients.[27]

HAI therapy may also be used in combination with systemic chemotherapy either as definitive treatment or with downstaging intent. In a large single institution series of HAI therapy for iCCA, 8 of 104 patients with initially unresectable disease were successfully downstaged after treatment with HAI floxuridine and systemic chemotherapy. These patients ultimately received an R0 resection and had a median OS of 37 months.[28]

Due to the high rates of unresectable disease at presentation, there has been considerable interest in orthotopic liver transplant (OLT) for iCCA. Despite strong initial enthusiasm based on favorable outcomes from a single institution series,[30] subsequent experience with OLT for iCCA has demonstrated high tumor recurrence rates.[31,32]

For example, A 2008 review of 18 years of UNOS data for patients with iCCA who underwent OLT revealed 1- and 5-year OS rates of 74% and 38%, respectively. These outcomes were markedly inferior compared to the survival rates of patients undergoing transplant for HCC or end-stage liver disease.[32] Currently, OLT is not recommended for iCCA except as part of a clinical trial protocol at specialized centers.[33]

Intrahepatic cholangiocarcinoma is an aggressive malignancy, and a minority of patients present with resectable disease. Surgical resection remains the only potentially curative treatment. The principle surgical approach for iCCA is a margin negative hepatic resection with preservation of a liver remnant of adequate size and function. Regional lymphadenectomy is recommended at the time of hepatectomy due to the importance of nodal involvement on staging and prognosis. Given the substantial recurrence rates observed even after curative intent resection, perioperative systemic therapy may have value.

Based on recent prospective data, current recommendations are for adjuvant capecitabine in most patients. For those with metastatic or unresectable disease, systemic chemotherapy and locoregional modalities are recommended with combination gemcitabine/cisplatin/durvalumab the new standard of care. In the future, an improved understanding of the genetic and molecular mechanisms of iCCA tumorigenesis will lead to improved targeted therapies and better outcomes for patients. The Diagnosis and Management of Gallbladder Cancer

Gallbladder cancer is a rare disease with a poor prognosis. The overall 5-year survival rate is 19%, ranging from [...] 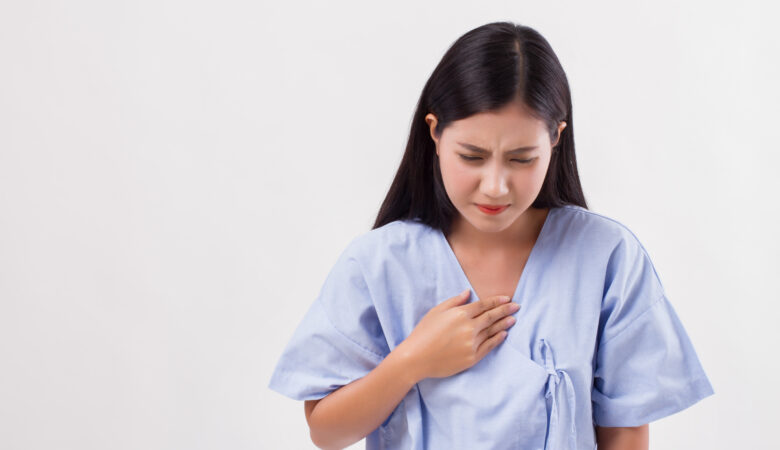 There will be approximately 57,600 new pancreatic cancer diagnoses in the United States in 2020. While the [...] Gastric cancer is the third-leading cause of cancer-related deaths worldwide, accounting for approximately 1 in 12 [...]