Duodenal injuries are uncommon and most often associated with penetrating injury (1). Incidence is <2% with stab wounds and 10-11% with gunshot wounds (2). It is rare that duodenal injuries are isolated and therefore it is essential to evaluate for associated injuries. Commonly injured organs include liver (16.9%), pancreas (11.6%), major vascular injuries (9%), small bowel, colon and urogenital system. The second portion of the duodenum is the most frequently injured (33%), followed by third and fourth (19.4%, 19%). Whereas, the first portion of duodenum is only injured 14.4% of the time (1).

The duodenum is approximately 25 to 30 cm long and is divided into four segments. The first segment, or duodenal bulb, connects to the undersurface of the liver via the hepatoduodenal ligament. The second segment courses around the pancreatic head in a “C” shape and contains the major papilla which, most commonly, drains both the pancreatic and bile ducts. The third segment runs from right to left and posterior to the superior mesenteric artery and vein. Finally, the fourth segment exits the retroperitoneum and continues as the jejunum. The proximal segment of the duodenum is supplied by the gastroduodenal artery and its branches which include the superior pancreaticoduodenal artery [Figure 1]. The distal segment of the duodenum is supplied by the superior mesenteric artery and the inferior pancreaticoduodenal artery. The venous drainage follows the arteries and ultimately drains into the portal system (3).

Physical signs of duodenal injury are obscure and may only present with right upper quadrant or mid-epigastric tenderness. Laboratory results, including lipase or amylase, are nonspecific. After blunt rupture, plain radiographs can show the presence of air collections outlining the C-loop of the duodenunum, right kidney and around the right psoas muscle and retrocecal region. Computed Tomography (CT) with IV and oral contrast is diagnostic in hemodynamically stable patients, but is usually not obtained in patients with penetrating injuries.  which include the superior pancreaticoduodenal artery [Figure 1]. The distal segment of the duodenum is supplied by the superior mesenteric artery and the inferior pancreaticoduodenal artery. The venous drainage follows the arteries and ultimately drains into the portal system.

The key to management of duodenal injuries is early recognition. Delay in diagnosis (>24hours) can lead to significant morbidity and mortality. Other major factors in operative repair of duodenal injuries are the presence or absence of hypotension due to associated upper abdominal vascular injuries, loss of tissue from the wall of the duodenum and associated injury to the pancreas. Intraoperative indicators of duodenal injury include crepitation along the duodenal sweep, right retroperitoneal hematoma, or periduodenal bile staining.

If a duodenal injury is suspected, the duodenum needs to be fully mobilized and examined. If a duodenal hematoma is discovered in penetrating trauma, most often it requires evacuation and inspection for a full-thickness laceration (1). Subtle full-thickness injuries can be identified by instilling methylene blue through the nasogastric tube and evaluating for staining.

Injuries to the duodenum mandate several of its features to be defined in order to aid in operative decision making and management. First, location of the injury is critical. Next, the total circumference of duodenal injury is estimated and often categorized into <50%, 50-75% or >75%. (i.e. <50% or >50%). Finally, the involvement of the ampulla or distal common bile duct is assessed5. Based on these factors, repairs of the duodenum can be divided into closure, closure with diversion or resection.

The majority (75-85%) of all duodenal injuries can be repaired primarily. Edges of the duodenal injury should be minimally debrided back to viable, healthy tissue. A two layer, transverse or oblique primary repair is then used with inner absorbable sutures and outer nonabsorbable Lembert sutures in a tension-free fashion. If the duodenal lumen has been significantly narrowed, or if there is a combined pancreatic injury, performing a pyloric exclusion with gastrojejunostomy should be considered. Although controversial, pyloric exclusion diverts gastric flow away from duodenum for several weeks, allowing a tenuous duodenal repair to heal. It is important to keep in mind that the pylorus will reopen by 2-3 weeks in nearly 95% of patients.

If unable perform a tension free repair, or if there is significant tissue loss, or if >50% of the second portion of duodenum is involved, a Roux-en-Y side-to-end or end-to-end duodenojejunostomy is performed.

Finally, patients who sustain a massive destruction of the duodenopancreatic complex, are usually in hemorrhagic shock. Damage control surgery is then employed, focusing on hemorrhage control and mitigating enteric content spillage. Patients are then brought back to the operating room when they are adequately resuscitated. Devastating injuries such as this may require a pancreaticoduodenectomy with a delayed reconstruction.

Nutritional support and access should be addressed prior to definitive closure of the abdomen. This can be achieved by passing a naso-enteric tube distal to the repair or anastomosis with guidance. In some cases, a surgical jejunostomy tube can be considered, but this is often reserved for patients with complex duodenopancreatic injuries. Additionally, it is important to ensure the patient has adequate gastric decompression with a nasogastric tube.

Tip: advancement of a nasogastric tube past the pylorus and palpated digitally can help identify duodenum within a large retroperitoneal hematoma.

If using a drain, do not place against suture line as it has the potential to create a duodenal fistula

The patient’s stomach should be adequately decompressed via a nasogastric tube. Enteral nutritional support should be initiated distal to the repair or anastomosis when bowel function returns. An upper gastrointestinal series is indicated in more complex duodenal repairs and should be performed on post-operative day 3-5 prior to initiation of oral feeds. Intra-abdominal drains should be evaluated for bile or pancreatic leak and be kept in until the patient is tolerating an oral diet.

Mortality due to penetrating duodenal injuries is approximately 17%, but this is almost always due to associated injuries with related hemorrage. True “duodenal” mortality is <2%. Morbidity after penetrating duodenal injuries ranges from 7% to 55% and is obviously higher when other associated injuries, especially combined pancreaticoduodenal injuries, are present. Mortality after blunt rupture of the duodenum is approximately 5%. A postoperative coagulopathy resulting in oozing through a periduodenal drain is managed with serial measurements of coagulation status using thromboelastography (TEG) or standard coagulation tests and compontent replacement as needed. The most common postoperative complications include development of an intra-abdominal abscess or a duodenal fistula secondary to a leak from the repair. Reoperation for either is very uncommon in the modern era. Percutaneous drainage is indicated for any intra-abdominal abscess, while a duodenal fistula (lateral or, if pyloric exclusion has been performed, an end fistula) is managed with NPO status, nutritional support, percutaneous drainage of any associated fluid collection, and consideration to use injections of somatostatin analogue to limit volume and protect the skin in the early stages after the fistula develops. One potential complication of a pyloric exclusion with gastrojejunostomy is the development of a stomal ulcer. Therefore, a patient with this procedure should be screened for the presence of Helicobacter pylori in the stomach before discharge. If present, standard therapy with a proton pump inhibitor, two or three antibiotics, and bismuth is indicated. Later development of a stomal ulcer (very rare) in the absence of Helicobacter pylori is managed with a proton pump inhibitor till the ulcer heals. 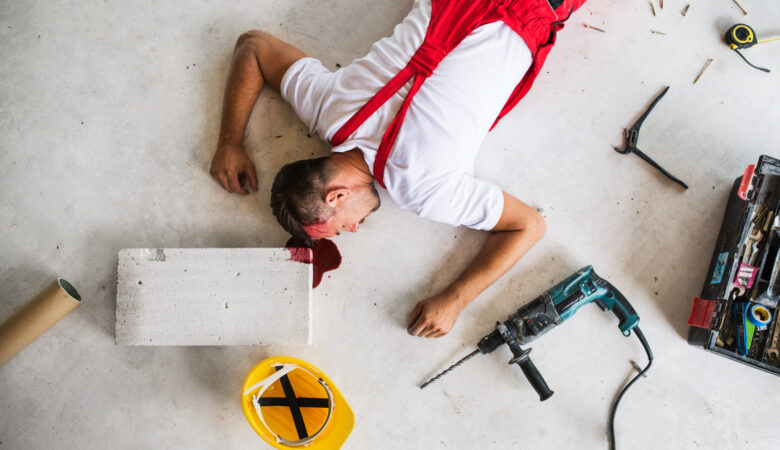 The Initial Management of Moderate to Severe Traumatic Brain Injury

Treatment for traumatic brain injury (TBI) is performed to prevent secondary injury to the brain following the [...] Liver injuries are one of the most common injuries to occur after trauma. The liver’s large size and exposed [...] 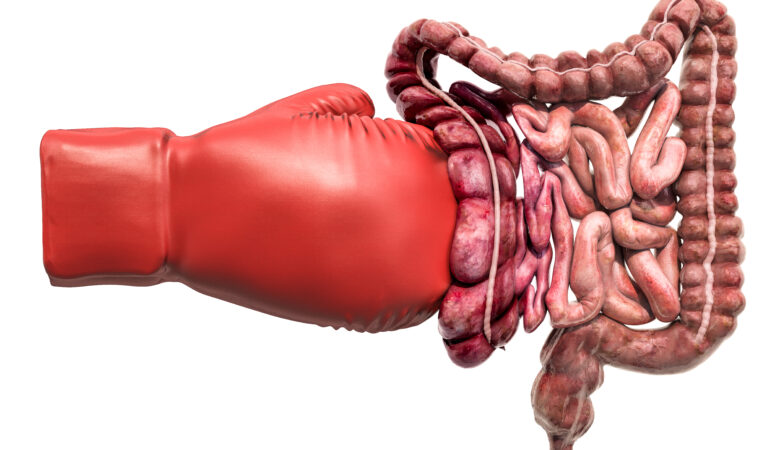 Traumatic thoracic injury currently accounts for approximately 6-10% of all injuries seen in trauma but carries a [...] 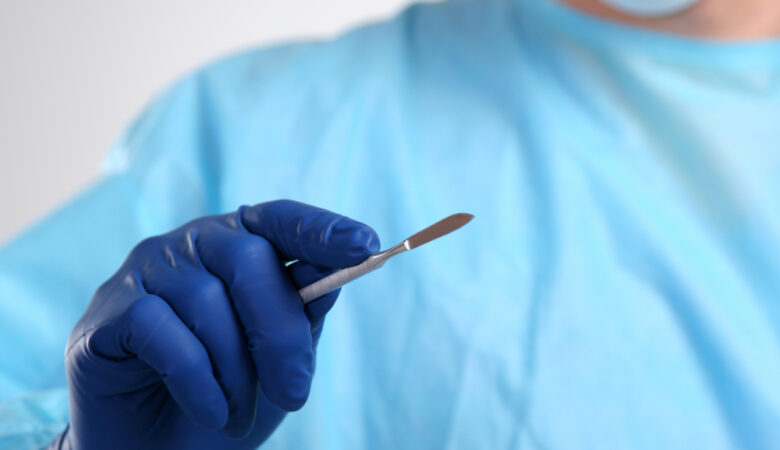 Acute compartment syndrome (ACS) of an extremity occurs when significant pressure builds up within a closed [...]